…are very important for my work on the allotment. I have got a variety of them, starting with a very old pickaxe. It was in our back garden when we moved to our house way back in 1973!! It is so heavy that I’m not surprised the previous owner didn’t want to take it. It is very useful though when a bit of brute force is needed. 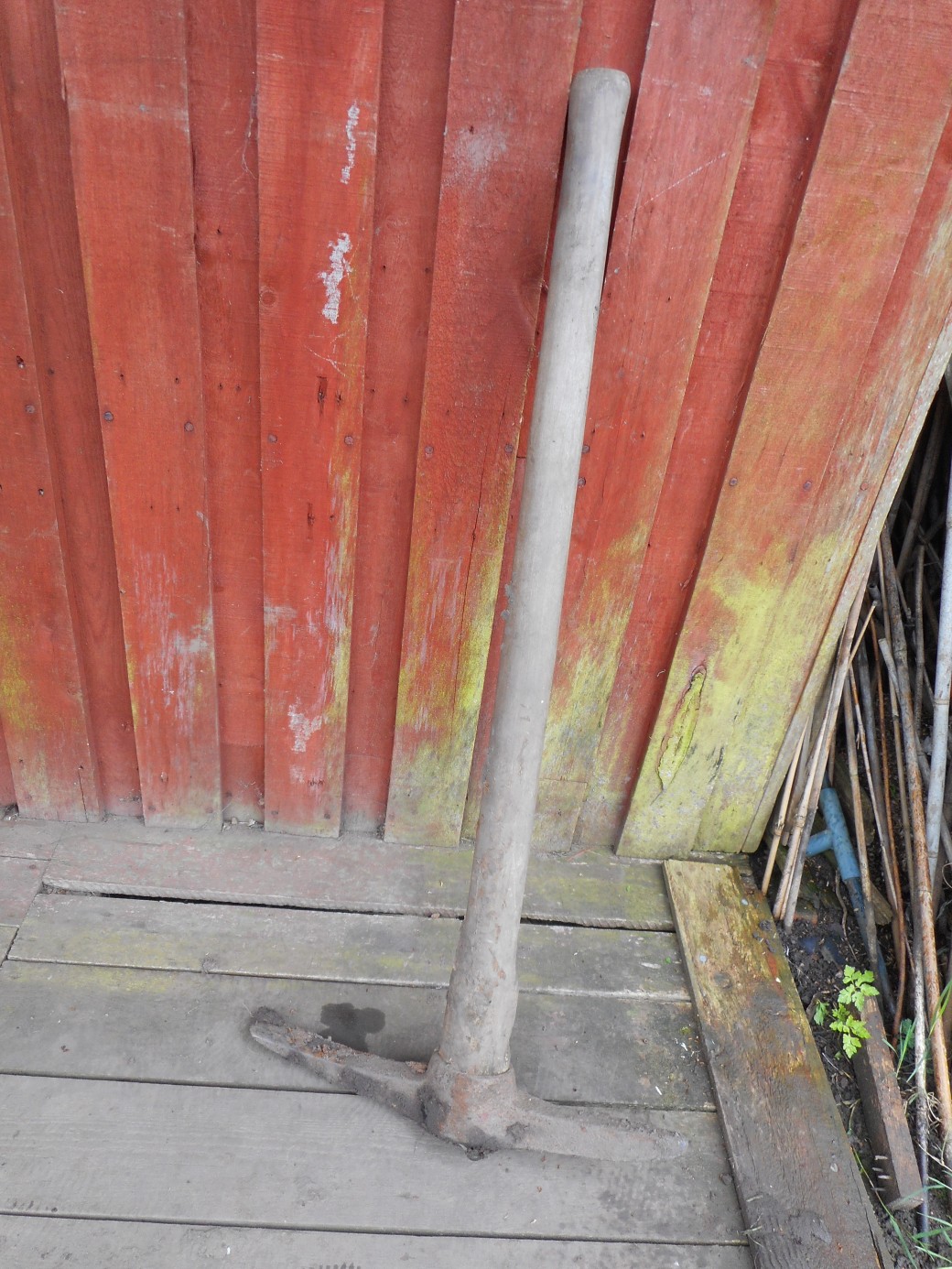 I was using it to gig out an old rusty barrel that was left on my latest plot by the previous occupant. It was buried about a foot down, full of rubbish (7 bricks !) and a layer of mud. After I cleared all that out I managed to ease the soil round it with the aforementioned pickaxe and it worked. By doing that I gained a nice square of soil and the bricks made a very sturdy base for my water but. It is a bit higher so I can put my watering can under the tap. These things are important – you don’t want to fall in when trying to scoop out the last of the water! 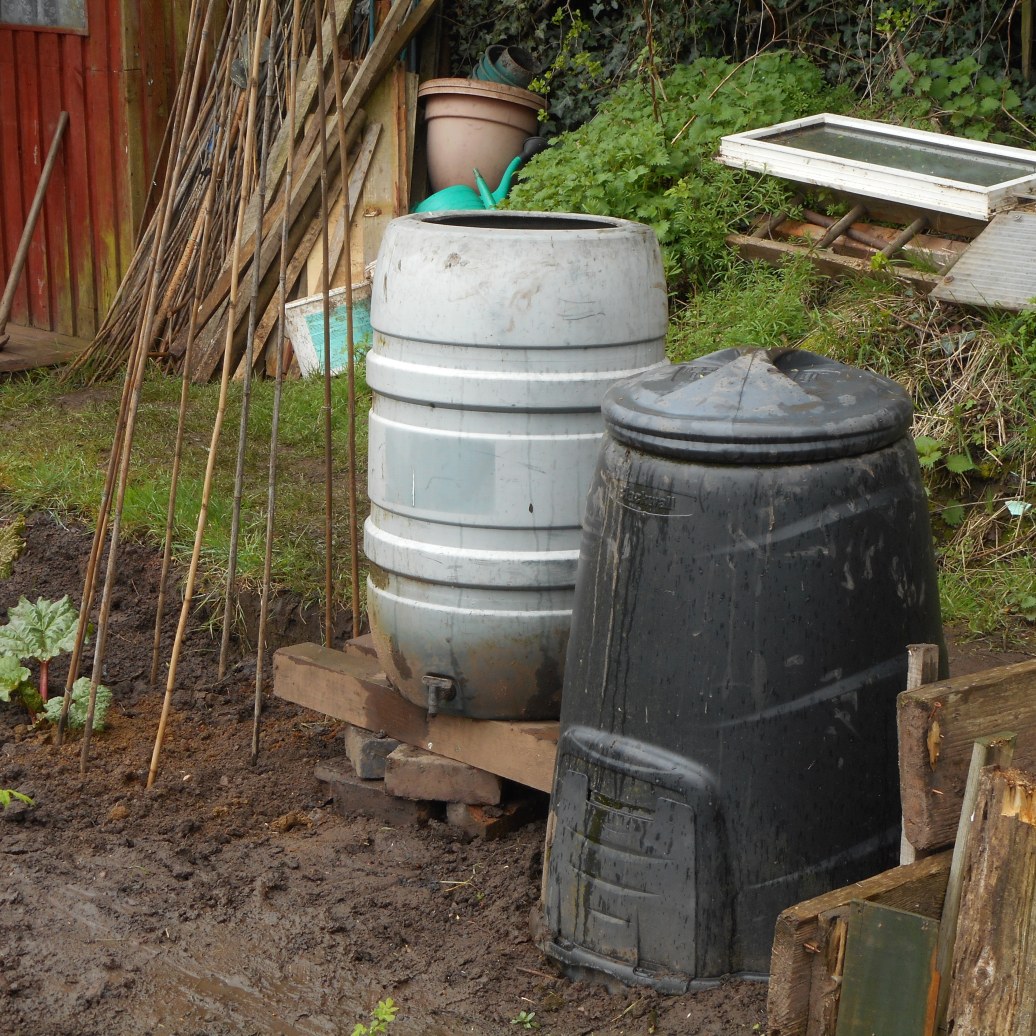 In order to get the soil ready for sowing and planting I use a claw. I have a number of attachments to my Wolf handle – that was the best thing I ever bought in the line of tools. First I dig the patch and the a few days later, depending on the weather, I work on it and break up the large clods of soil and get it reasonably smooth and ready. 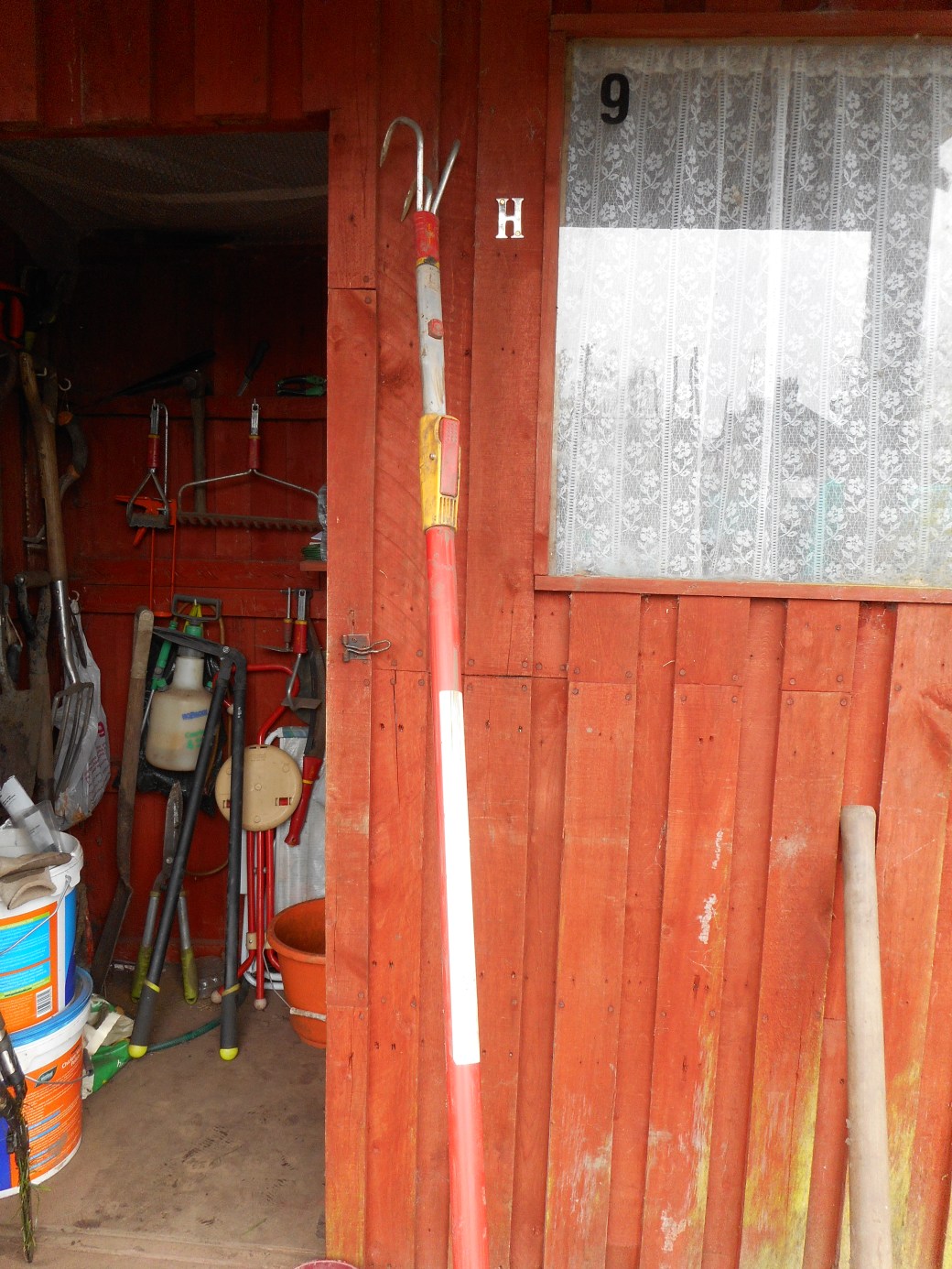 All I need now is more sunshine, less rain and higher temperature.