Some years ago I planted a small sage plant on the allotment – it was a rooted branch on my plant in the back garden. I think it liked it on the farm because when I dug it out it did exactly the same again but even more – I managed to split it into a number of smaller plants, all of them with a good root ball. They are now at the side of one of my net cages. 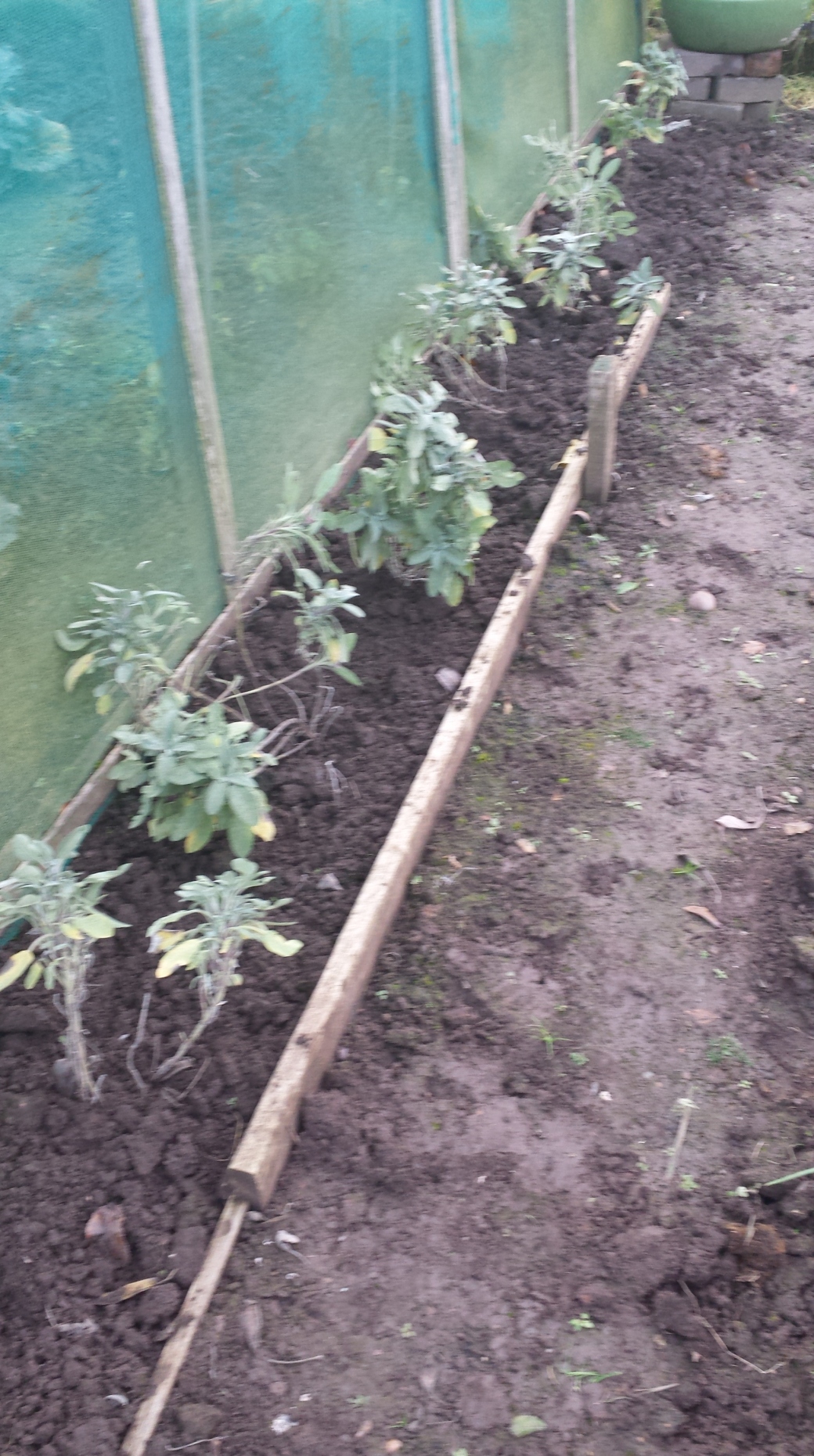 It was still too wet for digging so the next job had to be moving one of my thornless blackberries and a loganberry to their new home. 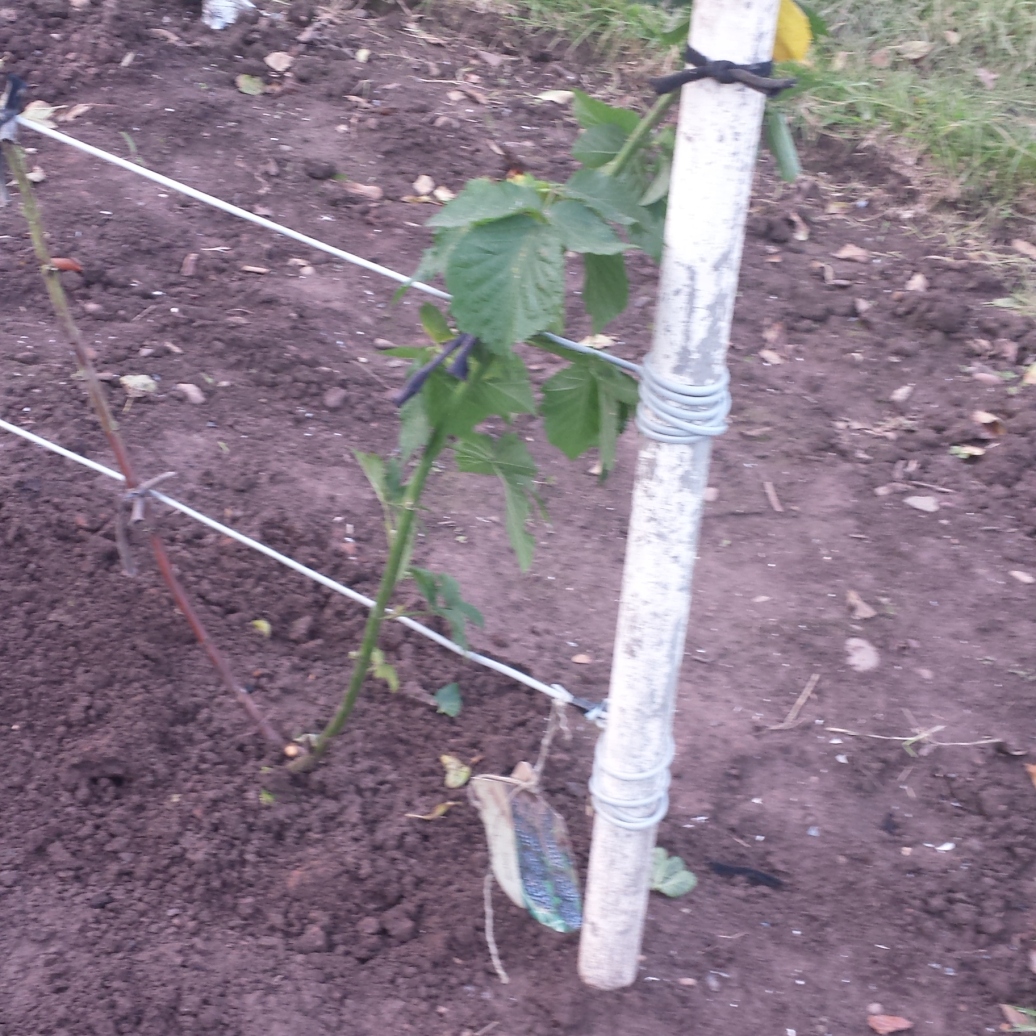 on the farm and in the kitchen.

Even though the weather wasn’t at all nice – where has the summer gone??- I managed to get to the farm and do some work. The weeds are doing very well so that is an ongoing task. The courgettes started producing, so did the climbing beans, so I thought:  we shall have our first concoction – my own recipe this time – just throw it all together, add some spices, perhaps coconut milk and see what comes out!

I’ve got a couple of apple trees there and both have given me lovely fruit in the past. I know about thinning the fruit on the branches and also about the June drop so I waited and yesterday picked all the little apples that fell off and at the same time thinned out the ones remaining. Managed to get quite a few.

Cut them up, boiled them and put in a muslin bag to drip overnight. One litre of liquid, just right to make some delicious herb jelly. I use a recipe from my favourite book by Linda Brown – The Preserving Book and just use different herbs. Works every time.

The result are four jars of delicious sage jelly, perfect to serve with cheese or cold meat….

Waste not want not!

I have got three apple trees on the allotment – Egremont russet, James Grieves and a Bramley. I was waiting for the ‘June drop’ and finally today did my rounds to check. All is well, the obvious casualties have dropped down but I was still left with quite a lot of bunches of apples. As I was thinning them I thought – they would make great jelly (or something like that). Saved them all and then found out that when I was thinning out the gooseberry bushes I just did one of them, left the other. Did that today and finished with a nice box full of goosegogs.

This time I had a recipe in mind but only for the ratio of sugar to the liquid. I can’t really call my creation a jelly – because it has got all the bits in!

First I cooked the little apples and pushed the resulting mush through a fine sieve and got 1,5 pint of thick liquid. Then the gooseberries were cooked in just enough water to cover them in the saucepan, with a bunch of sage – for a change!

Again, everything was mashed up, the bunch of sage taken out and to each pint of liquid a pound of sugar was added.

Back to boil, slowly first to dissolve the sugar and rapidly for about 15 minutes. In the meantime I chopped a big handful of sage leaves and added them to the mix, after the plate test showed thet we’ve reached a setting point. For that I kept a small plate in the fridge, put a small amount of the liquid on it and when it wrinkled when pushed with my finger I knew I was home and dry.

Bottled and another batch of tasty conserve is done.