It is not just the allotment that keeps me busy, it is my back garden as well. I have an old mulberry tree there, it was given to me by my late mother-in-law when we moved to this house in 1973. I had to move it to this position after a few years as I could see it was growing rather large. In the last five or so years I decided to pollard it and that seems to restrict the growth. Basically I remove the new long branches every autumn and very often I can take a large bundle of them to the allotment, they would grow freely, nice and straight and serve as bean poles later. That’s what I call recycling!

By doing that it opens the garden and I can see my rescued chimenea and also the birds can get to their water and the feeding table. 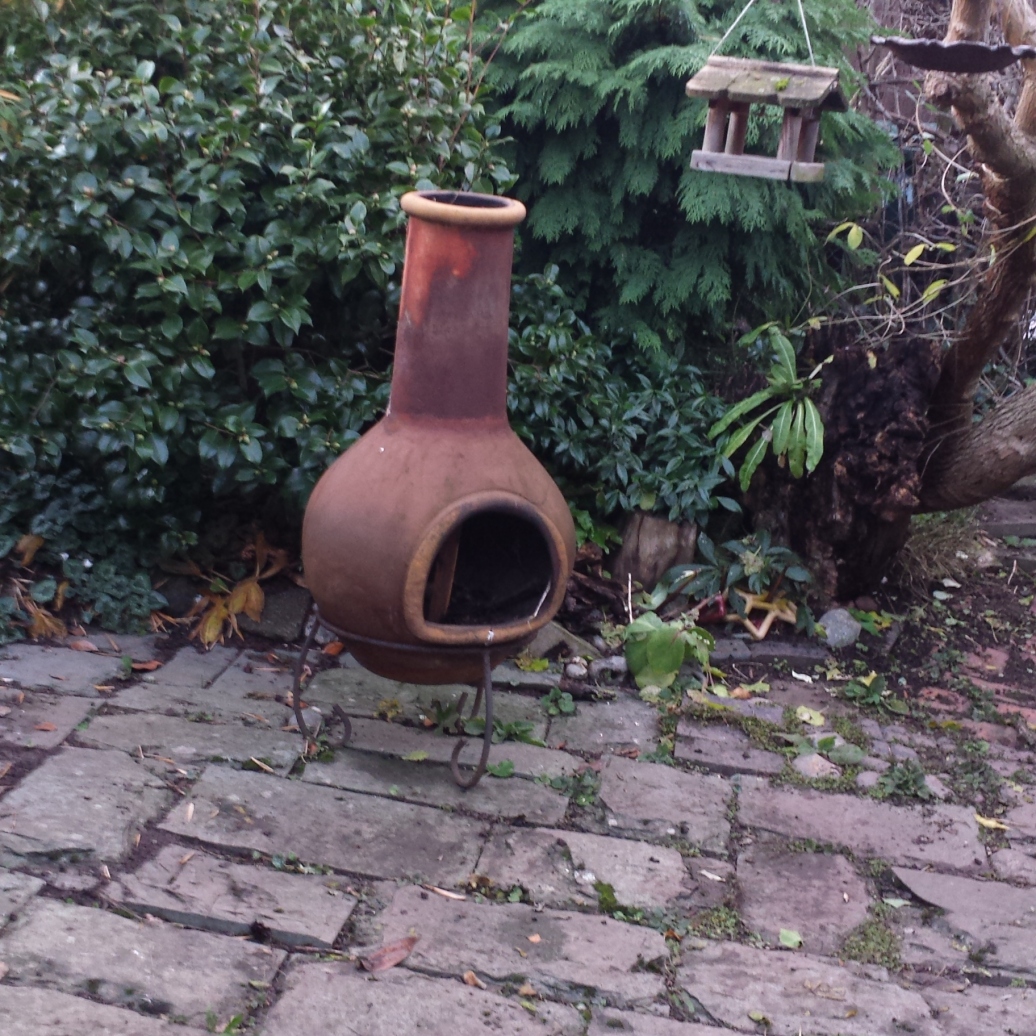 Last of all I trimmed the old magnolia. There is a large fig tree in that corner and it needs cutting down to size – everything has grown like a mad this year – but that has to wait till at least January, now is not the time to prune fig trees.

This is the start, next will be cutting the reeds in the pond, topping up pots with extra soil – the list is endless.