This time it was the turn of the big greenhouse in my back garden. This is where I grow all my seedlings that I later transport to the allotment and either plant them in one of the two greenhouses there or out in the open.

I needed to plant out the aubergines and some tomatoes and peppers so I moved some trays with seedlings into the veranda, ready to be taken to the allotment. The phrase – re-arranging deckchairs on the Titanic came to mind. It was just like that but the result is exactly what I was hoping for. 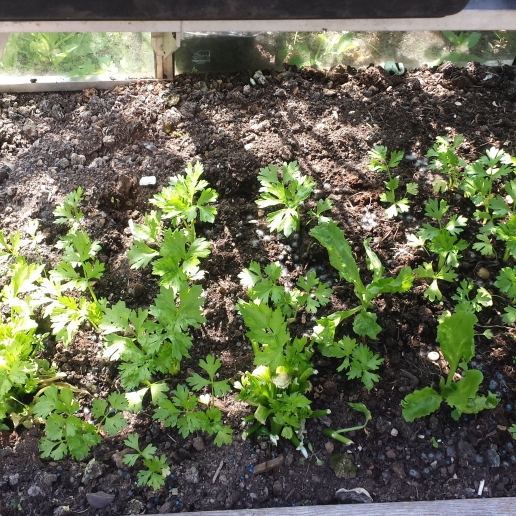 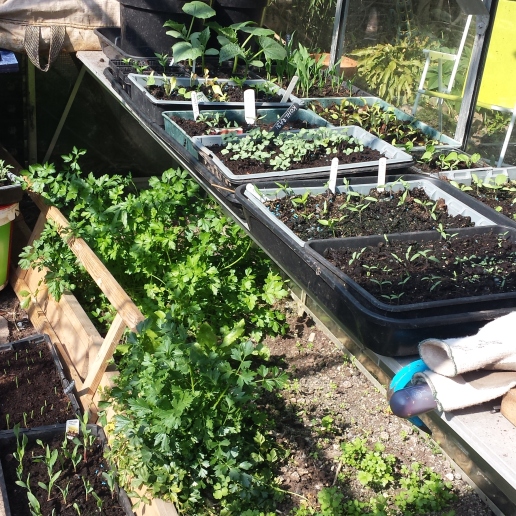 Fortunately I still have some of the large flower pots (that I found when some cannabis growers dumped them), so I filled them with soil and planted some aubergines and a selection of tomatoes. 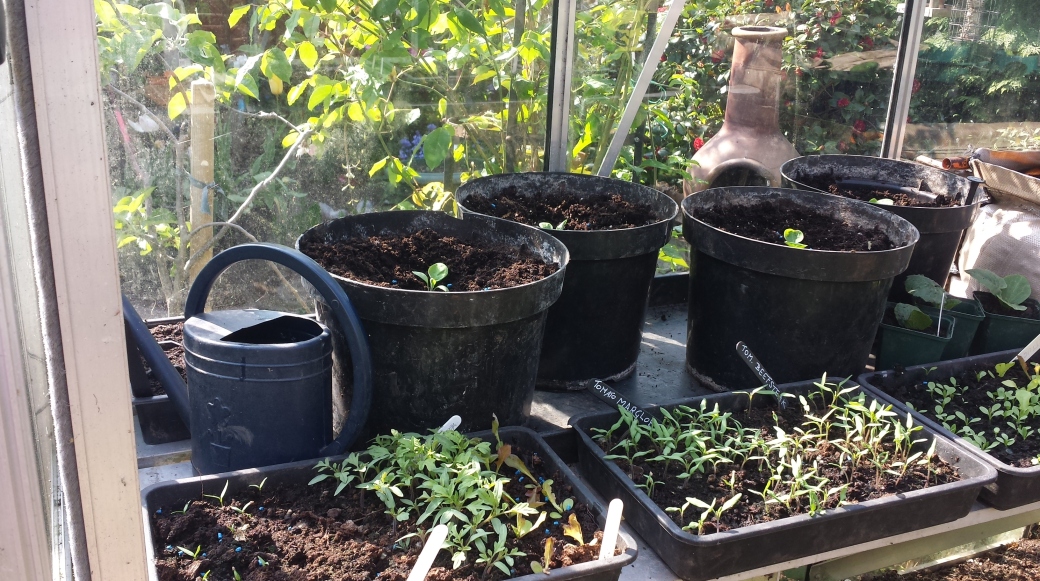