Our allotment site is rather small and cosy. We are bordered on one side by a tall wooden fence and on two sides by houses and a school, the fourth side is facing the dead-end of a street and an alley which leads to the school. Some time ago we had a new metal fence and a gate erected, this was because the people who live on the other side of the alleyway said that our brambles and privet hedge cause their wall to crack.

I personally don’t think that was the case but the city decided to pull out our hedge and hence the new fence. All well and good, only one problem with it – everybody can see in. The two plots most visible were the most neglected ones, it didn’t make a very good impression and besides – if anybody wanted to have a good reason why they should be allowed to use our land to build on, here we were giving it to them on a plate.

The soil must be good – the nettles are thriving and so does the bindweed! My plan is to clear as much as I can and then plant my pumpkins and squashes there, they will run and hopefully the big leaves will cover the ground. Next year it’ll be all cleared (but it’ll take more time than just one season) and I will fill it with potatoes. I have got all my plots organised and as there was nobody on the waiting list I decided to clear it and make it look like it is being worked. 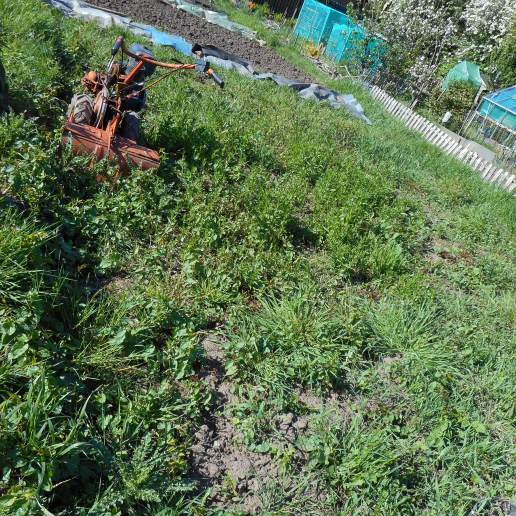